Why should I blame her that she filled my days
With misery, or that she would of late
Have taught to ignorant men most violent ways,
Or hurled the little streets upon the great,
Had they but courage equal to desire?
What could have made her peaceful with a mind
That nobleness made simple as a fire,
With beauty like a tightened bow, a kind
That is not natural in an age like this,
Being high and solitary and most stern?
Why, what could she have done, being what she is?
Was there another Troy for her to burn?

I’ve always liked Yeats, but never felt like I really understood most of what he said.

After reading the Iliad and the Odyssey this year I get the “another Troy” reference. And the tightened bow.

But I wonder about how many Troys are left to burn.

One must have a mind of winter
To regard the frost and the boughs
Of the pine-trees crusted with snow;

And have been cold a long time
To behold the junipers shagged with ice,
The spruces rough in the distant glitter

For the listener, who listens in the snow,
And, nothing himself, beholds
Nothing that is not there and the nothing that is.

We haven’t had winter for years now. A few cold days here and there. A snow storm now and then. Highs in the 40’s predicted here all week, the first full week of February.

I look at my firewood and I have well over half of what I cut for this year left, and we probably only have a handful of days left this year when we’ll want a fire to ward off the “Nothing that is not there and the nothing that is .”

Seems insane to me to believe we could burn fossil fuels accumulated over millions of years in a century and have no consequences.

But whatever the reason, it seems we no longer need, at least here in northern Indiana, a mind of winter.

Too many eggplants and tomatoes may say eggplant parmesan, but today I made an eggplant curry to try something different. It was so good!

The eggplant started to break down and made the curry sauce thick and rich. Easy, delicious, and light. Eggplant parmesan is not the only option!

How to Cook
Peel the eggplant and dice into cubes about 1″ square. Toss the cubes with salt and let sit in a colander.
Turn the oven on to 400 degrees.
Dice the onion and pepper.
If I’m using fresh tomatoes I like to peel then by blanching them for 30 seconds or so, then dropping them in cold water and slipping the skins off.
Heat some oil in a skillet and cook the onions and peppers until they’re just starting to brown
Toss in the garlic and ginger
Toss in the spices. Cook until it smells fragrant, just 30 seconds or so.
Pour in the tomatoes and chickpeas. Give it a good stir, cover, and turn the heat to low.
Pat the eggplant cubes dry with a paper towel, toss with a couple tablespoons of oil, and roast on a rimmed baking sheet in the oven for 30 minutes, turning halfway though.
After 30 minutes, put the eggplant in the tomato sauce and add as much coconut milk as you like, anywhere from half to the entire can.
Stir and simmer for a few minutes, then taste. Add salt, cayenne pepper, or sriracha to your taste.
Enjoy with rice, raita, and naan.

I’m thinking I’ll freeze our excess eggplants this year and use them to thicken stews and sauces this winter. They made this curry silky and rich.

Out of the blue I received a letter in the mail. In it was a photo.

The person who sent it to me said he’d found it in an antique store and wanted us to have it. He evidently found our family on ancestry.com and somehow got my mailing address. On the back of the photo it was inscribed “Pearl Zumbrun.”

I’d never heard of Pearl so I sent it to Josh who has researched our family deep and wide. Turns out Pearl and I are distant cousins, our common ancestor being my great-great-great grandfather Henry Sylvester Zumbrun.

Also turns out Pearl died at age 17, in 1917. Nothing we can find says why. What was a fun and sassy picture all of a sudden became sad and poignant. She must’ve died very shortly after that photo was taken.

She’s buried in Blue River Cemetery, just down the road from my house. I go by that cemetery at least once a week, but I’ve never stopped to look at it.

I stopped this week and snapped this picture and wondered about a cousin I never knew.

I started my marathon training program today. It’s a 30 week program, so when I complete it I’ll be 65 years old [1]. I’d like to do a marathon on a milestone birthday. The last marathon I did was the year I turned 40.

The program started with a rest day. I think this might work!

Way back when, in the Good Old Days, I had a good score on the English portion of my SAT’s. As a result I got recruitment letters from hundreds of liberal arts colleges.

The most intriguing of those, to 17 year old me, were colleges that had Great Books programs. Their curriculums were based around reading and discussing the great works of literature.

That was incredibly exotic to an Indiana farm boy whose exposure to great literature consisted of comparing Romeo and Juliet to West Side Story.

But now, staring retirement in the face, I thought, “What do I want to do?” or “What do I regret not doing?”

And those high school dreams of studying the great books came to mind. I looked around and found that the University of Chicago offers a 4 year program where you read classical literature and meet once a week online to discuss them.

I thought that would be cool do when I retired, and then in a fit of optimism that I could allocate the time to do it, I signed up for it and started this fall.

Before the class actually started there was a 3 week session on how to read classical texts using Mortimer Adler’s “How to Read a Book.” I’ve found Adler harder to read than Plato!

4 weeks into the program I’m saying, “See 17 year old me, you should’ve done this!” And 17 year old me answers, “Could you afford to do this now if you had?”

Here in Indiana you can get trees to plant for practically nothing from the Department of Natural Resources. I just checked and you can get 100 black walnut trees for 34 dollars 1. Of course, they are 6 inches tall. You’re buying twigs to stick in the ground.

About 40 years ago I did just that. There was a hillside on one of our farms that had scruffy brush on it. I cut the brush down and got black walnut and black locust trees from the DNR and planted them on that hillside.

And pretty much forgot about it. Last week I thought I’d take a walk around that farm. Debbie and I had seen a puffball mushroom while hiking on an Acres property and I wanted to see what sort of fungi 2 were growing in my woods.

I don’t remember the details of planting them, but as I walked from west to east along the hillside the black walnuts gave way to black locust trees.

We have 3 acres next to our house that we recently bought. We seeded it last year to clover while we decided what do with it. After seeing those walnut and locust trees I think we may plant it to saplings. I’ll never see them tall, let alone climb them. 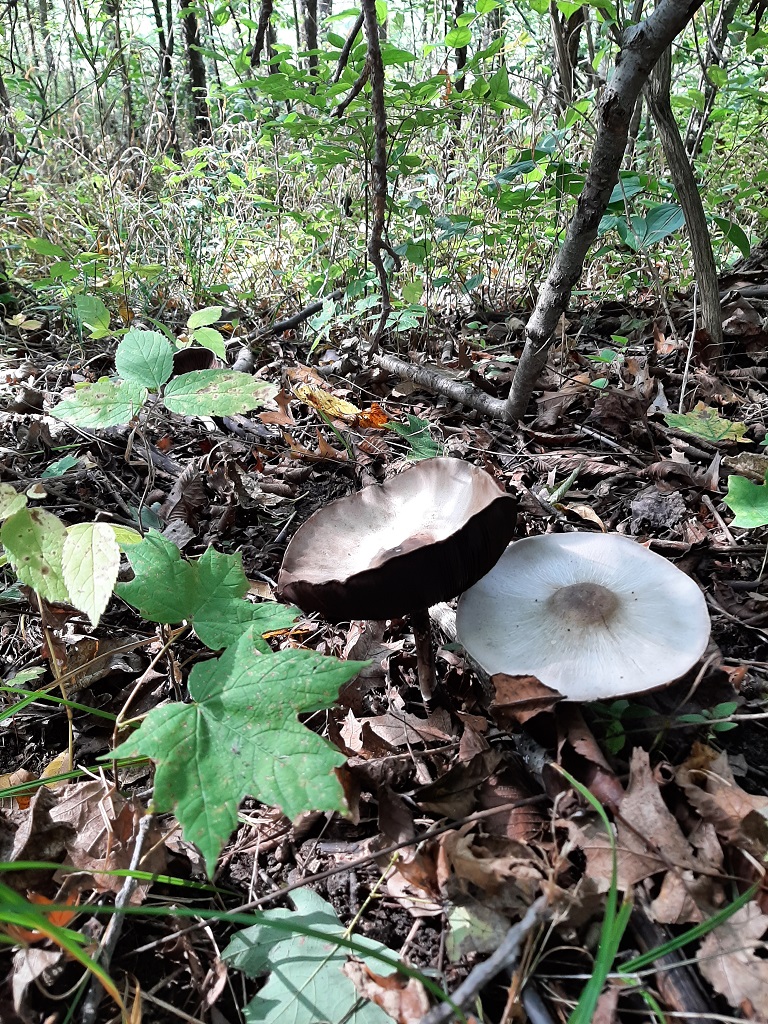 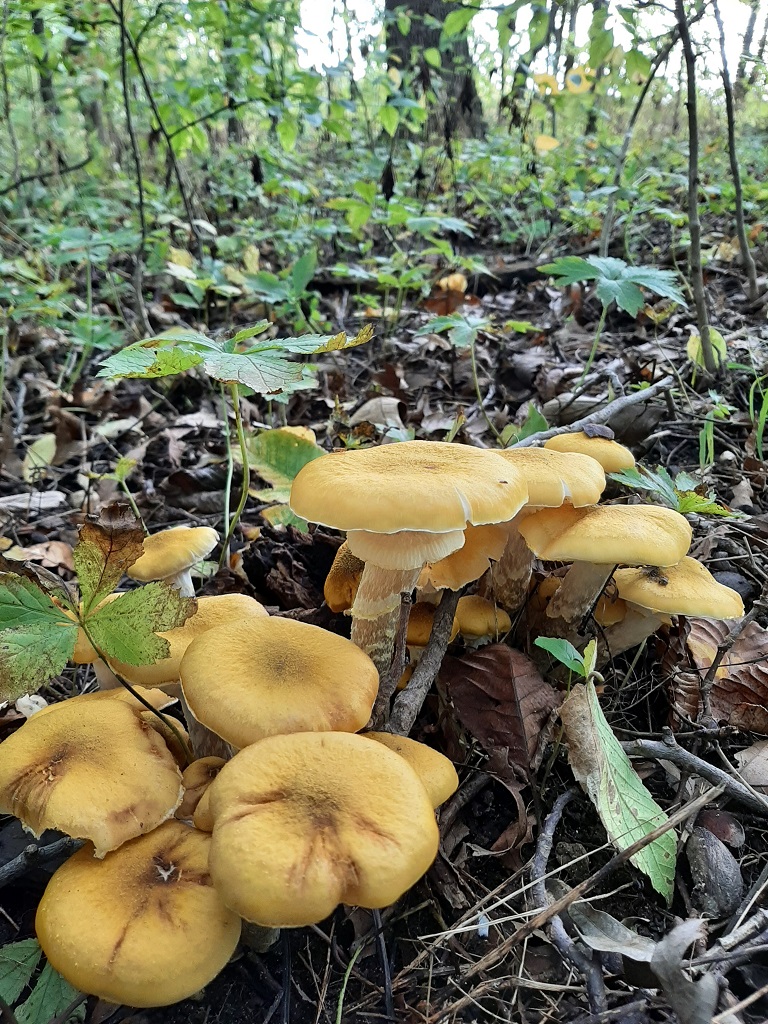 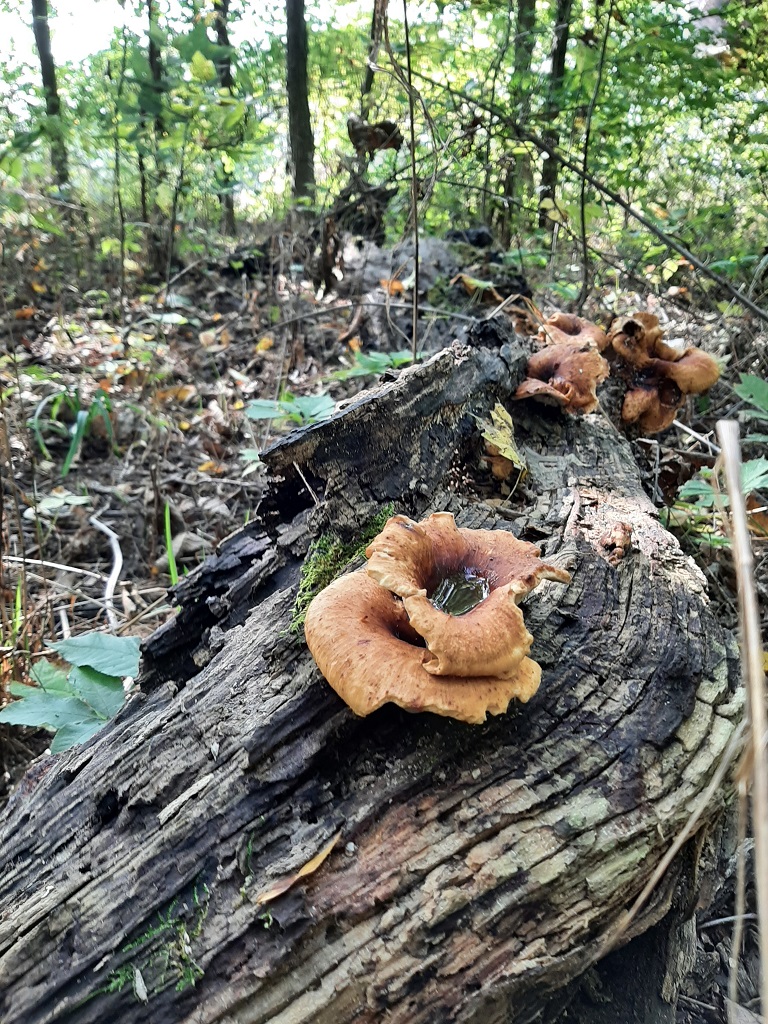 I went to the credit union today and closed the account I’d created for my Mom’s estate. Just a few days past a year from when she died the estate is closed. Bills paid, assets dissolved, proceeds distributed to the heirs.

It was all a bit unnerving, writing the final checks on estate account, spending it down to $0.00. But in the end it all balanced.

I can make all the numbers come out right. I’m still struggling with the emotions though.

The first presidential election I could vote in was 1976, Jimmy Carter vs Gerald Ford, that was a no-brainer, and I’ve voted in every election and primary since then.

But I’d never watched an inauguration until January 20th, 2020. I’m not one for pomp and circumstance, and politics and political speeches bore me to tears. Throughout the dark years of Trump I always thought the center would hold. I believed in the checks and balances of our government and didn’t believe Trump could subvert them.

January 6th, 2020 proved me wrong. A mob egged on by Trump and enablers like my very own congressional representative Jim Banks attacked our Capitol and overran it to attempt to overthrow the election by violence. Our democracy was poised on the edge of a knife.

And our democracy survived. The traitorous insurgents were turned back. Trump was driven from Washington muffled and disgraced. The center had held.

On January 20th then I was glued to the TV, watching the peaceful transfer of power, listening to the ceremonial words and oaths, listening to Biden’s elegant words, and to the amazing poetry of Amanda Gorman. I’d taken all of that for granted, never realizing that a reality TV show host and a failed real estate agent[1] came to the breadth of a hair of bringing it all down.

This was our menu, an unabashed ripoff of Jose’s. The theme is that it features ingredients from Biden and Harris’ home states of Delaware and California. The “Delaware Capon” seemed like a bit of a stretch, but when you have the native cuisine of Delaware as an inspiration I guess that might be the best you could do.

Arroz a Banda, what I always called paella, with crab and shrimp.

Gazpacho de Remolacha, gazpacho made with beets, served cold. It sure was pretty, but I hate beets. When I was in elementary school we had to eat everything on our trays at lunch, and when beets were on the menu I’d hide them in my milk carton. I hated them then, and I hate them now. But I wanted to be faithful the Jose’s menu and the occasion so I made it and choked it down.

A nice salad of fennel and orange with a bright vinaigrette was the perfect thing to get that nasty beet taste out of my mouth.

I think our Delaware capon was actually a northern Indiana fryer, but stewed with dried fruits and walnuts it was delicious.

Finally a flan infused with orange. I often have troubles with custardy desserts but this came out perfect. I steeped the custard with orange peels for about 10 minutes and it came out just lightly perfumed with orange.

And we just happened to have a bottle of California sparkling wine in the cellar. Neither of us could remember when we got it or why we had it. We usually don’t buy good champagne, but it was an unexpected stroke of good fortune to find it in our cellar.

The center has held! Cheers!

1. The aforementioned Jim Banks. He failed at selling real estate and moved down the socio-economic ladder and got a job as an Indiana State Representative and has continued his downward slide until he’s now a mouthpiece for Trumpism on the Tucker Carlson show.

My congressional representative, Jim Banks (IN-03) refuses to admit his complicity in the attempted coup on January 6th and continues to spew the same rhetoric that led to it.

Alles hat ein Ende, nur die Wurst hat zwei. "Everything has an end, only a sausage has two."
-- German proverb