Vassals of the Fraumünster: the Zumbrunnen Family in the Feudal Period

Posted on October 2, 2017 by Josh Zumbrun
1 CommentLeave a comment

The Fraumünster Church in Zürich

In the 800s, Louis the German, a king from the Carolingian dynasty and the grandson of Charlemagne, ruled over most of the land that is today Switzerland and Germany. His kingdom stretched from the Alps in the south to the North Sea, and from the Rhine River in the west to the Elbe River in the east.

Louis was a powerful enough king that he could afford to give something to his daughter and so, in the year 853, he created a convent in the already-ancient city of Zürich. The Benedictine Convent, which became known as the Fraumünster, was built on the banks of the Limmat River in the very heart of the city. To preserve the lifestyle his daughter Hildegard was accustomed to he gave her the convent, which was endowed with all the nearby lands, among them the Valley of Uri.

Thus the valley of Uri, the ancient homeland of the Zumbrunnen family, fell under the sphere of influence of Zürich. Though it has been expanded and renovated throughout the centuries, the Fraumünster Church is still there in the heart of Zürich (although it’s a Protestant Church now).

The Zumbrunnen family first shows up in records of the Fraumünster in the 1200s. The reason for these records is pictured below: 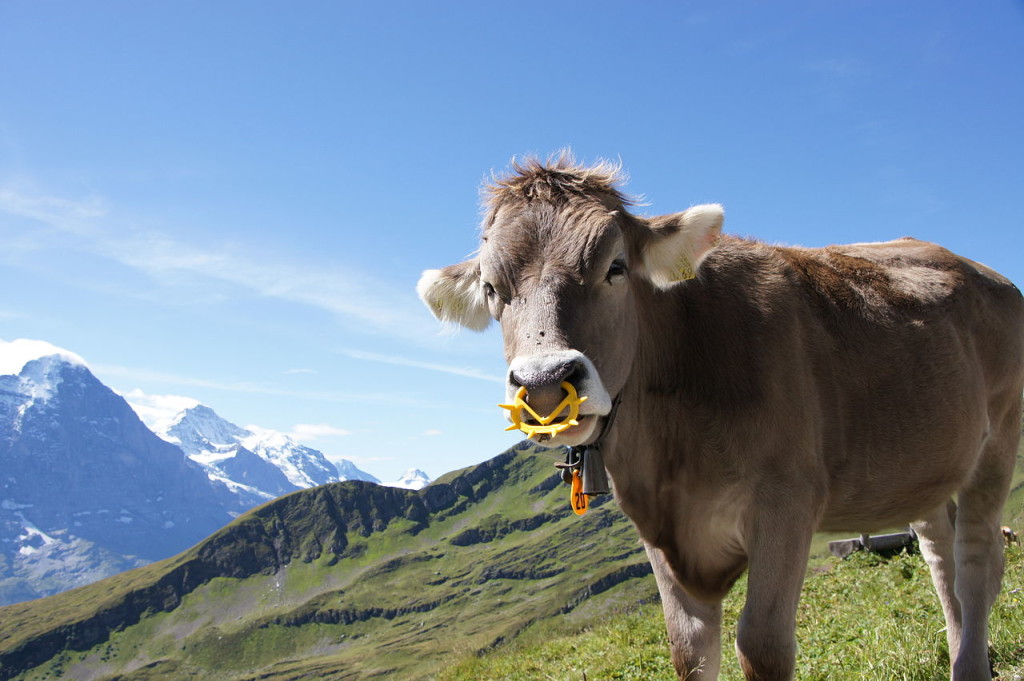 The feudal system, after all, was primarily a system for organizing agriculture production. In the Alpine Valley of Uri, that had long meant cows. In fact, even the name Uri is thought to originate from ûr, a German name for a type of cow (in English, known as Aurochs). Cows so dominated Uri’s economy that the flag of Uri, to this day, is a cow. Uri would eventually become a major trade route as well as known for its mercenary regiments. But in the age of the Fraumünster, this was a cow-based economy.

What did it mean that the Fraumünster of Zürich was endowed with the lands of Uri? It means that a certain percentage of agricultural production (interest) in the form of cows, milk, and cheese belonged to the Fraumünster. Uri did have fields in which other crops were grown and other animals raised, but it was always mostly about cattle. 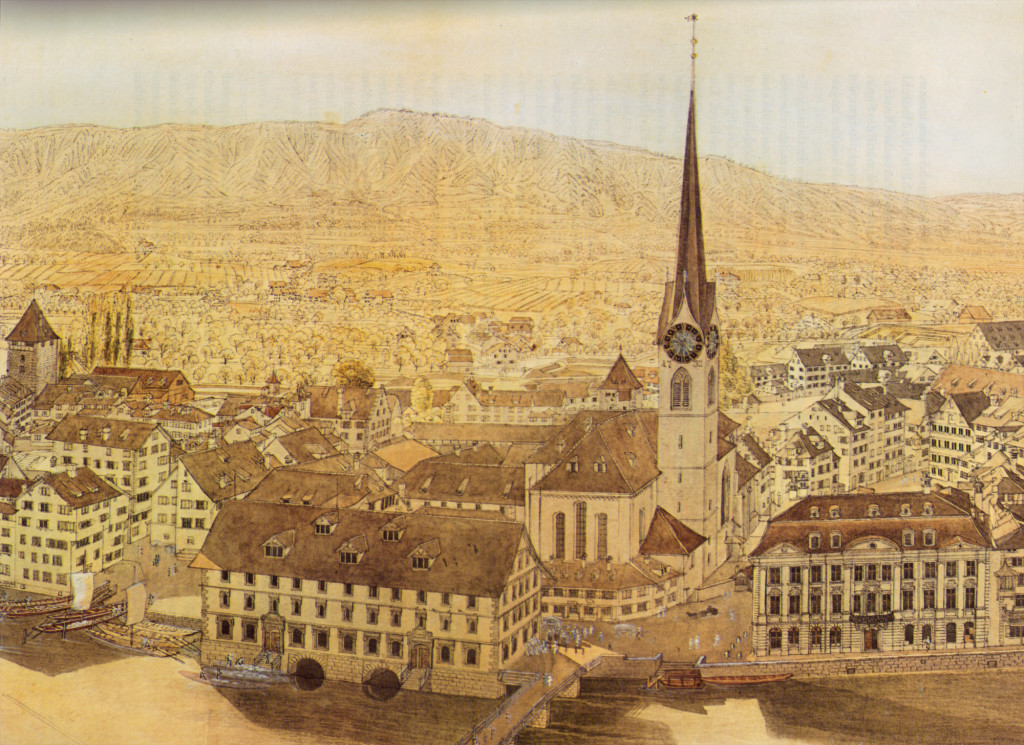 A drawing of the Fraumünster church from the 1700s

It makes sense that Zumbrunnen men would have this status, as they were descendants of the Barons of Attinghausen, but were not the primary branch that inherited the barony. 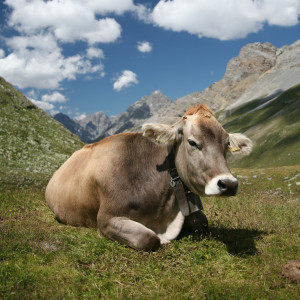 At least seven Zumbrunnen men are documented under the Fraumünster’s system. There were multiple men in the family with the names Walter, Werner and Burkhard in the very early period, and so there’s no way to know for sure which is being referred to in the records. The first men mentioned are Werner Zumbrunnen and Arnold Zumbrunnen in 1257. In 1280, Werner is also identified as a landholder in the Canton of Schwyz, which included the town of Brunnen.

Welti Zumbrunnen shows up in 1300[2] as does Rudolf Zumbrunnen[3]. An Arnold Zumbrunnen shows up again in 1311 in Schwyz (if it’s the same Arnold, he was now quite old!). A summary of the records was published in a book called “The Beginnings of the Swiss Confederation” which is available on Archive.org.

Here’s an excerpt — this seems to say that Ruedi zem Brunnen (Rudolf Zumbrunnen) owed “4 s.” (not sure what S is an abbreviation for) for land known as “ab dem Ringe and “Langenacker” and that Welti zem Brunnen (Walter) owed “3 d.” for his land known as “der Gubreiten.”

The records seem to contain no information beyond noting the amount they owe to the Fraumünster and perhaps the names of their land. There’s no genealogical information other than verification that the people existed.

But it’s still an interesting piece of information about the family. That they are indisputably in records back in the 1200s, that they were “gotteshausleute” and that they would have spent most of their careers, indeed most of their lives, wrangling alpine cows.