The Castles of the Zumbrunnen Family

Posted on August 30, 2017 by Josh Zumbrun
4 CommentsLeave a comment 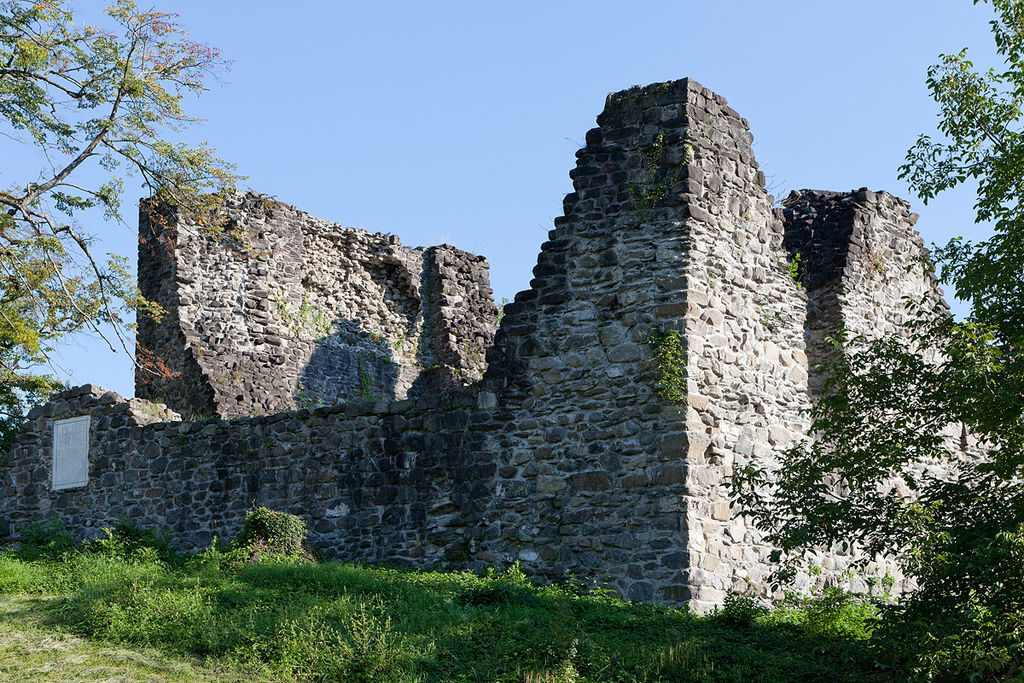 The castle was abandoned around the time of Johann’s death in 1358. It’s possible the castle was ruined by a fire, either an accident or caused by an insurrection and that Johann died in the fire. It’s also possible that a fire happened after his death and the inheritors of the castle could not fix it.

By 1370, the castle was largely ruined; much or all of its grounds were in the possession of Walter Zumbrunnen (the great-great-great grandson of the original Walter Zumbrunnen). He likely purchased it from Johann’s sons-in-law who could not afford it. It’s unclear what happened to the ownership but by the 1400s, the Zumbrunnen no longer owned it.

The castle ruin is open to visitors.

The residence of the Bailiff of Sargans

Perhaps the most majestic of the castles in which the Zumbrunnen lived. The castle was built in stages beginning in the 1100s, with most of the modern structure completed in the 1500s. It sits in the town of Sargans in the Swiss canton of St. Gallen. 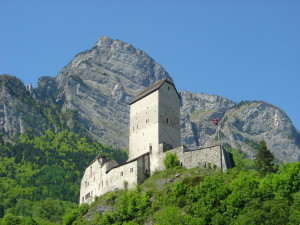 Another view of Sargans Castle

In 1483, the central cantons of Switzerland, including Uri, took control of the Sargans region. To administer their frontier territory they appointed a “landvogt,” often translated as “bailiff” or “reeve” to administer the region. The title was something akin to a colonial governor. While the exact role shifted over time, the basic structure was the same: the central cantons would take turns selecting their most capable magistrates to terms as landvogt. The landvogt would enforce the laws, and serve as a sort of military coordinator and ambassador back to the central cantons.

The castle is open to tourists. It is a restaurant and can also be booked as a wedding venue! 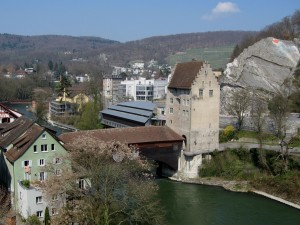 This castle was the residence of the Bailiff of Baden, the office held by Johann Zumbrunnen II.

The Swiss city of Baden (sometimes known as Baden bei Zurich, to avoid confusion with other cities named Baden) came under the protection of the central Swiss cantons in 1415. The castle sits on the right bank of the Linmat River which, as you can see in the picture, controlled passage on the bridge in the middle of town.

Today the castle, also known as the Landvogteischloss Baden, is the town’s history museum and archive. It is open to tourists. 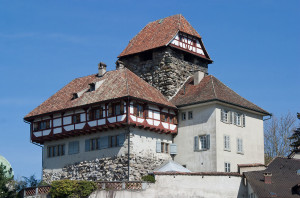 The Frauenfeld Castle was the residence of the Bailiff of Thurgau

The Canton of Thurgau lies along the Rhine River and Lake Constance in northeastern Switzerland, forming a border with Germany. Construction on the foundation was likely begun in 1244, with the castle developing over the coming centuries. Before its rescue by the central Swiss cantons, the population of this region was dominated by two of the most power-hungry families of Switzerland — the Counts of Kyburg and the Hapsburgs — who also occupied the castle.

The castle is open to tourists today and serves as the canton’s history museum. It is also available weddings and quite reasonable rates.

The residence of the Bailiff of Vaulruz

Vaulruz, Switzerland is located in the region of Gruyere (famous for its cheese) in the French-speaking regions of Switzerland. A somewhat mysterious branch of the family lived in the Fribourg region in the early 1500s. I’m not sure how this branch is connected to the others, although for many years young Zumbrunnen men left their homes in Uri, to attend a Jesuit College in Fribourg.

Hans Zumbrunnen, from this branch of Fribourg Zumbrunnen, served as the bailiff of Vaulruz for most of the 1550s, and lived in this castle. The castle has its own website but I don’t read French well, and am not sure if it’s open to the public. It appears you can rent it for retreats and such. 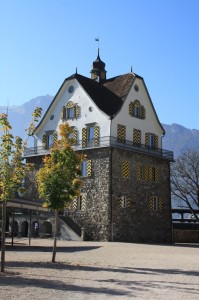 The castles of the landvogts were magnificent structures, but also served as administrative and military hubs. Over the centuries the Zumbrunnen inhabited a number of other castles that were more modest, and were used largely as residences.

One such castle is the Rudenz Castle, which sits just north of the town of Altdorf, with a majestic view out over Lake Lucerne. It was originally owned by Johann Von Attinghausen, who used it as a post for collecting customs duties along the trade-route. When he died without heirs it passed into the control of the Rudenz family, who also used it as their residence. The castle lost its strategic significance, but was purchased and restored by Johann Heinrich Zumbrunnen in the early 1600s, who used it as his residence. While the previous castles were essentially owned by the government and occupied as part of a job, this castle was owned by the Zumbrunnen family.

Sadly, we don’t still own this castle. By the early 1700s it was owned by the Epp family. Today the castle is owned by the town. The grounds of the castle are open to tourists, although I’m not sure if the interior of the building is.

The family seat of the Beroldingen family, into which many Zumbrunnen married

Perhaps no family was more closely tied to the Zumbrunnen family than the Von Beroldingen family. The Von Beroldingen’s were originally servants of the Barons of Attinghausen but rose to prominence in their own right through trade, agriculture and military service, a testament to the (relatively) egalitarian nature of society in Uri.

The Von Beroldingen built this castle in 1500s, with a view out over Lake Lucerne. It is apparently located along an old mule path from Uri to Lucerne (though most trips from Uri to Lucerne would have been by boat). It is known by an unusual Swiss word “Schlossli” or “Schlösschen,” a diminutive for “Schloss” that I’ve translated here as mini-castle. It served as the family seat for many centuries.

I’m not sure if the castle is open to visitors, although you can certainly hike to it. 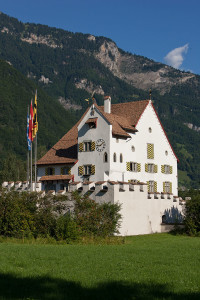 The A Pro family (sometimes written as Apro) has an interesting history in Switzerland. They were originally from the Livinen Valley (or Leventina), part of the Italian-speaking region of Switzerland. Several Zumbrunnen men served as the landvogt of Livinen, helping to bring this region under the protection of Switzerland and fighting off the Dukes of Milan.

The A Pro family, so named because they came from a town called Prato, immigrated to Uri in the 14th century and became a prominent family despite their origin outside of central Switzerland. There prominence is a reminder that although Uri was German-speaking, it had heavy Italian influences.

In the 1500s, Dorothea Zumbrunnen, the daughter of Landammann Mansueutus Zumbrunnen, married Peter A Pro. Peter and Dorothea built the A Pro Castle in the 1550s, and the A Pro family owned the castle for nearly 400 years. Today the castle is open to the public as an upscale restaurant called the A Pro Schlossrestaurant (it has 4.5 stars on TripAdvisor!). It appears that you can walk through much of the castle if you go to the restaurant.


A final castle of interest is the Schweinsberg Castle, located just several hundred yards from the Attinghausen Castle. As the Barons of Attinghausen grew in power and wealth in the 1200s and 1300s they built this second castle, which was likely occupied by members of the Attinghausen entourage, such as extended family (like the Zumbrunnen perhaps, although I have no proof of this) or prominent knights in their service.

It is apparently unclear who owned the castle after Johann Von Attinghausen died, ending the Von Attinghausen line in Uri. Unfortunately, this castle is a private residence today and cannot be visited.