William Tell and the Zumbrunnen Family

Posted on September 14, 2017 by Josh Zumbrun
3 CommentsLeave a comment

The market place of Altdorf features this famous sculpture of William Tell.

The Zumbrunnen family originates from the Swiss towns of Attinghausen and Altdorf, in the Canton of Uri, and if you’d ever heard of these towns before it’s very likely because of William Tell, whose famous story takes place in Altdorf.

The most famous version of the story is a play by Friedrich von Schiller, written in 1804. A summary follows (with spoilers):

In the year 1307, the Austrian tyrants, the Hapsburgs, were seeking to conquer Uri because it lay along an important trade route known as the Gotthard Pass. The Hapsburgs appointed a cruel and brutal man named Hermann Gessler to be their reeve and subjugate the unruly mountain men.

With the promise of sharing the Habsburg wealth, Gessler wins the support of Ulrich von Rudenz, an heir to the Attinghausen Castle that controls the region. Gessler becomes increasingly vicious, erecting a large prison in Altdorf to imprison the increasingly rebellious peasantry. Gessler even savagely blinds an old man who does not reveal the location of his own son, who is among the rebels.

But Ulrich is not the leading noble yet. His uncle Werner, the Baron of Attinghausen, though frail and over 80-years-old, is uncooperative with Gessler. He is a friend of the peasants, and enemy of the Habsburg tyrants, but is too weak to command a force against Gessler. He tries to persuade his nephew and heir Ulrich to support the rebellion.

Walter Fürst is a farmer and peasant leader of the rebels. His daughter Hedwig is married to William Tell, the most renowned crossbowman in all the land whom Fürst hopes to recruit to the cause. En route to meet with his father-in-law, Tell and his son pass the new prison of Gessler and refuse to salute.

As punishment, Gessler orders William Tell to demonstrate his skill with a crossbow by shooting an apple off his own son’s head from one hundred yards away. The town is horrified by the cruelty of this punishment, but Tell successfully hits the apple from 100 yards. Gessler orders Tell sent to prison, but Tell escapes.

Ulrich realizes from this cruelty that Werner of Attinghausen was right all along, and decides to join with the peasant Walter Fürst to support the cause of the people. Before dying Werner foresees the end of the nobles and the rise of the people, and outlines a strategy to Fürst about how to defeat Gessler and predicts that “freedom will wave her conquering banner high.”

Now united, Ulrich, Fürst and Tell launch a plan to free Uri. From a remote distance Tell again demonstrates his marksmanship shooting Gessler through the heart, and leaderless, the Habsburg forces are crushed.

Ulrich joins the peasants, treating them as comrades, and joins in a chant “Long live brave Tell.” The play concludes with Ulrich, recognizing Werner’s wisdom and seeing the dignity of all men, setting free all his serfs.

The museum of William Tell in Uri, Switzerland

The earliest versions of the story date to the 1400s, a full century later (although many old records from the 1300s were destroyed in a fire in Altdorf). Historians are not even 100% sure that Tell existed, and the story about the apple is nearly identical to an older folk legend from Denmark.

Real Ties to the Zumbrunnen

While there is scholarly debate over whether Tell existed, many aspects of the story are indisputably true, and have proven connections to the Zumbrunnen.

The play is much more fun to read knowing that one’s ancestors lived through the events surrounding it! 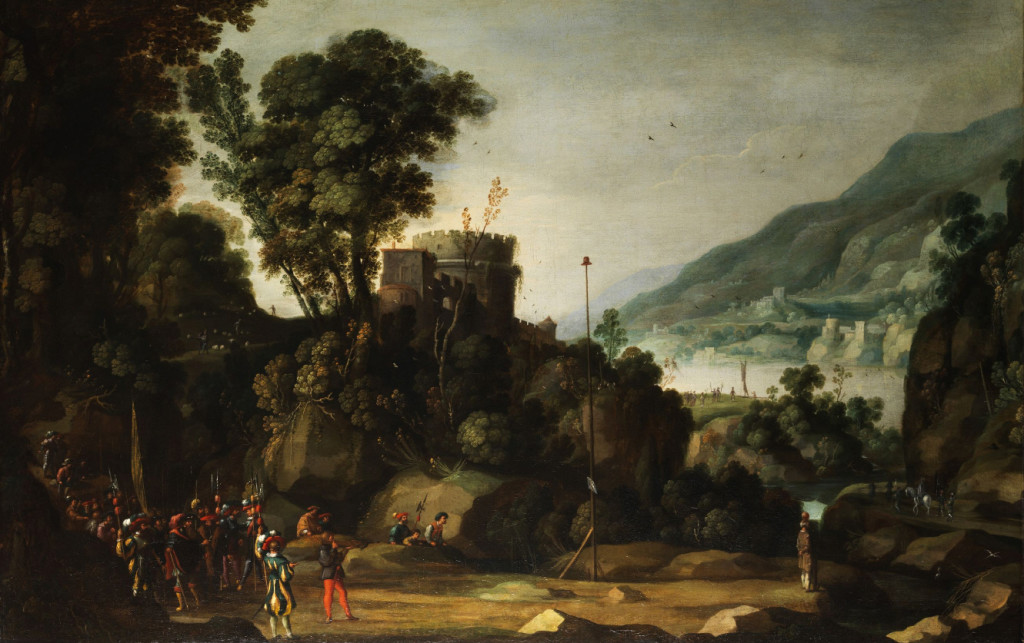